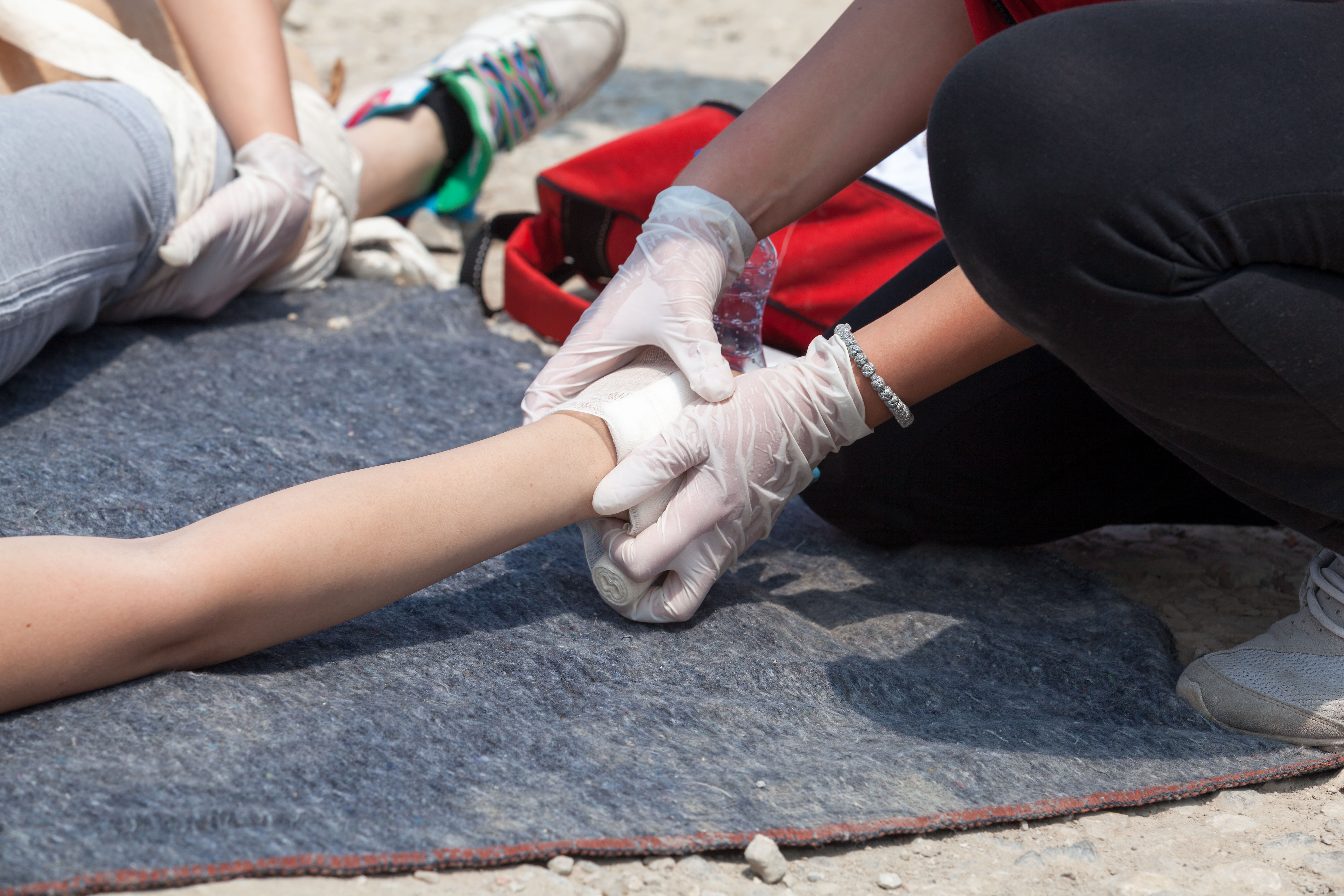 You may be able to save a person who is bleeding to death by taking quick action. That’s the point of National Stop the Bleed Day on March 31. “Stop the Bleed” is a national initiative launched by the White House and endorsed by the U.S. Department of Homeland Security to encourage bystanders to be trained and equipped to assist in a bleeding emergency. No matter how fast emergency responders arrive at a trauma scene, bystanders will always be first on the scene. People nearest to someone bleeding badly from injuries are in the best position to provide initial care.

A severely bleeding person can die from blood loss within five minutes. It is crucial to stop blood loss incurred in a shooting, stabbing, car wreck or accident. The National Stop the Bleed initiative was conceived by the American College of Surgeons and the Hartford Consensus, which studied how to save peoples’ lives in a mass casualty event like the Sandy Hook Elementary School Massacre. “The only thing more tragic than a death from bleeding is a death that could have been prevented,” the American College of Surgeons asserts. Launched in October of 2015 by the White House after that study was released, Stop the Bleed is a national call to action for bystanders to become trained, equipped, and empowered to help in a bleeding emergency before professional help arrives.

On National Stop the Bleed Day this week, colleges, universities, first responders, schools and government entitles across the U.S. will conduct seminars about how ordinary people can respond effectively in a trauma situation to help save the life of a person bleeding profusely. Bleeding is the number one cause of preventable death in trauma – 20 percent of people who die from traumatic injuries could have survived with quick bleeding control, according to the American College of Surgeons.

To assist in this initiative Quake Kare developed the ER™ Blood Stopper Kit. This kit contains critical medical supplies for treatment of moderate to severe uncontrolled bleeding caused by penetrating wounds. This kit is designed to enable non-emergency personnel to deliver life-saving treatment to an injured victim until EMS can arrive on scene. It includes a color-coded instruction card and an instructional/training video link to enable anyone to become a first responder.

The inability to predict where and when disasters may occur makes it crucial for people to prepare for emergencies with reliable products and expert guidelines that can help save lives.

For information about National Stop the Bleed Day, see the website www.stopthebleedday.org.