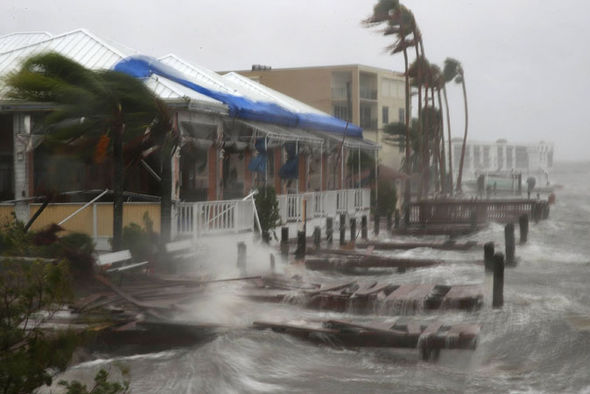 Forecasters and first responders are preparing for the 2017 Atlantic hurricane season that begins on June 1 and ends on November 30, and some believe this year will be among the worst in recent history.

Senior Meteorologist David Dilley of Global Weather Oscillations, Inc., predicts the 2017 U.S. hurricane season will be the most dangerous and costly in 12 years. It will have 16 named storms (14 last year), eight hurricanes (6 last year), and four major hurricanes (three last year), he predicts.

The word hurricane is derived from the Mayan god "Huracan," who was the Mayans’ deity of wind, storms and fire, and from the Carib Indian god of evil, called "Huricán."

The term also arose from the Taino Indian word “Juracán,” which simply means hurricane in the Taíno language, which disappeared after Spanish conquistadors conquered the Caribbean and Florida.

Christopher Columbus made the first official hurricane report after he encountered a hurricane near Hispaniola in 1495. He later declared that "nothing but the service of God and the extension of the monarchy'' would induce him to face another one.

Hurricanes are nothing but dangerous – that is why myths and superstitions about them exist in folklore, particularly folklore from the American south. For example:

We hope you take hurricane preparedness seriously and start gathering supplies now before Hurricane Season is upon us.